The Hoyt Charger ZRX at a Glance 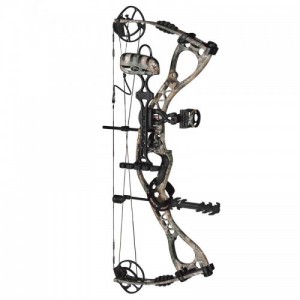 Welcome to our Hoyt Charger ZRX compound bow review. This bow is an excellent choice for hunters who prefer to hunt from a tree stand or a ground blind due to its short axle-to-axle length and relatively light weight. Also, it features Hoyt’s extra stiff, bridged, reflexed riser and parallel, split limb, technology along with Hoyt’s Charger cam-and-a-half system which provides a smooth draw and very high arrow speeds with little to no felt recoil. In addition, the mid-length brace height of 6.75 inches provides an excellent compromise between extreme speed and forgiveness. Plus, it is available as either a bare bow or with Hoyt’s FUSE accessory package which provides everything needed to start hunting right away.

The Hoyt Charger ZRX comes fully assembled and includes the limbs, riser, cams, cables, string and string suppressor but, is also available with an accessory package that includes a FUSE ProFire 3-pin sight, and Ultra Rest Hunter arrow rest, a FUSE flexible stabilizer, a wrist sling, a peep sight, and a FUSE Vector XT 4-arrow bow quiver. Plus, by purchasing the accessories along with the bow, not only is the bow ready to hunt with immediately, it also saves you a significant amount of money since the accessories would cost considerably more if purchased separately. 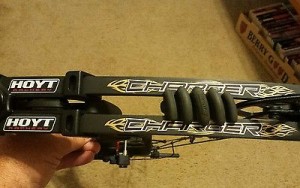 The Hoyt Charger ZRX features Hoyt’s Charger cam-and-a-half system which is a hybrid cam system that provides the speed of a double cam system but the ease of tuning provided by a single cam system. Also, this system provides a wide range of draw lengths and draw weights with 75 percent let-off and has a generous valley and a solid wall. Also, the Charger cam system was specifically designed to make the bow easy to draw in an adrenalin-charged situation when you attention needs to be focused on the target such as when a trophy buck suddenly appear in front of you. Plus, it also includes a set of FUSE custom cables and string for increased accuracy and durability.

The Hoyt Charger ZRX has an ATA (Archery Trade Association) speed rating of 325 FPS which is very fast even by today’s standards. Thus, it will provide a very flat arrow trajectory which is imperative in a hunting bow because faster bows do a better job of compensating for slight miscalculations in target distance. Also, unlike IBO ratings which have no standard for draw length, all ATA speed ratings are determined using the following criteria:

The lower the draw weight, the shorter the draw length and/or the heavier the arrow, the slower your bow will shoot. Learn more about what speeds to actually expect.

In order to fully penetrate the body cavity and reach the vitals of larger game species, an arrow must have enough kinetic energy when it leaves the bow and then arrives at the target. Thus, with an ATA speed of 325 FPS, the Hoyt Charge ZRX delivers plenty of kinetic energy for hunting any game species. But, as with any compound bow, the kinetic energy of the Hoyt Charger ZRX will vary significantly with your bow settings. Therefore, here are some close estimates of the KE levels you can expect from a couple of different parameters:

Note: the numbers listed above are for a point-blank range shot measured immediately in front of the riser. Thus, to determine the Charger ZRX’s kinetic energy level at different distances, subtract approximately 1.8 ft-lbs. from the values listed above for every 10 yards of distance from your target.

The Charger cam-and-a-half system featured on the Hoyt Charger ZRX is specifically designed to make this bow easy to draw and very smooth to shoot even when you mind is focused on a game animal that suddenly appears in front of you. In addition, it provides a generous valley and a solid wall with no creep so that you can draw to exactly the same point each time which increases consistency and thus, also increases the accuracy of the bow. 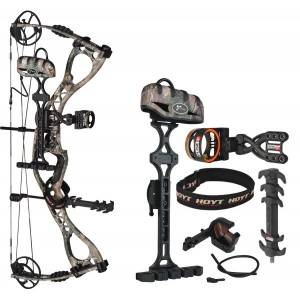 Due to Hoyt’s proprietary bridged riser and the Charger cam-and-a-half system along with the inclusion of Limb Shox vibration dampeners and a Stealth Shot string suppressor featured on the Charger ZRX, this bow is very quiet and has almost no felt recoil. Therefore, it can be shot without a stabilizer or a wrist sling without experiencing excessive vibration which significantly adds to the accuracy of the bow. Also, the included Stealth Shot string suppressor completely eliminates string noise for a clean release of the arrow’s nock and a very quiet shot that won’t spook the game. Plus, the parallel, split limb, design also contributes to the lack of vibration and noise and the included Limb Shox vibration dampeners further dampen vibration to create a very smooth, quiet, bow.

The Hoyt Charger ZRX is an excellent choice for hunting from a tree stand or ground blind due to its short axle-to-axle length and light weight. Also, the Charger cam-and-a-half system makes it easy to draw in an adrenalin-charged situation and the release is both very smooth and very quiet. Plus, it is a very accurate bow and, with an ATA speed of 325 FPS, it delivers plenty of kinetic energy to fully penetrate the body cavity and reach the vitals of even the largest game species.

As you can see by comparing the kinetic energy listed above with the Easton chart displayed below, the Hoyt Charger ZRX has plenty of kinetic energy to take down even the largest game species:

Consult our “Kinetic Energy” section above to figure out what KE to expect depending on the settings of your Charger ZRX.

Like all Hoyt bows, the Charger ZRX features Hoyt’s proprietary bridged riser which serves to significantly increase the stiffness of the riser which, in turn, reduces vibration and increases accuracy. Also, the Charger ZRX features a parallel split limb design which has been shown to store more energy than solid limbs while also reducing the overall mass weight and it includes a set of Limb Shox vibration dampeners. Plus, it also features a Pro Fit custom composite grip which I feel is more comfortable than the bare riser grips featured on most compound bows.

The Hoyt Charger ZRX is a mid-priced bow that incorporates many of the features included on Hoyt’s top end bows but, at a far more affordable price. Plus, when purchased with the available accessory package (which would cost far more if purchased separately), it represents a significant value for the money considering the level of technology involved in designing and manufacturing this bow.